I mentioned in my last article that I’m looking to use this blog / place / site / whatever to not only spill the contents of my head generally, but also to explore things I know little about but am very interested to hear people’s thoughts on.

I’m a huge fan of video games, hence the main theme of most of the articles I’ve written, and I’ve always thought they’re a great way to chill out or to immerse yourself in. There’s a game for so many moods or approaches. You can find games that will keep you fixed to your seat for hours, or you can play games that are easy to pick up and put after a few minutes yet leave you feeling like you’re successfully scratched that gaming itch.

Since Twitch was available on Xbox and PS4 for streaming, I’d dabbled a little, but found watching and streaming using it didn’t really grab me. Then, a couple of years ago I discovered Mixer (then called Beam), a site not dissimilar to Twitch but I felt was slicker. I immediately found the community there to be more welcoming, more responsive and just more fun. So I spent more time than before watching people play games and chat to viewers. Obviously there are the trolls and largely the streamers I was watching handled these well, the moderators and regulars helped to keep them at bay and would usually use humour rather than anger to deal with them. But every so often, a persistent troll would catch a nerve and I’d see the host getting distracted. At times, some would need to take their attention away from the game and they’ve react when you could see they’d try not to. 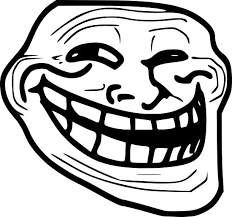 Fools are an unfortunate fact of streaming, of life generally I guess, but how people react to those choosing to watch their stream began to intrigue me. On occasion, I’d see streams ending abruptly, without warning. I’d see tweets from streamers I’d follow stating that they just weren’t feeling themselves, that they’ve try again tomorrow. These weren’t casual streamers, these were people with high follower counts, polished pages and schedules for streaming. Some were / are partnered. Now I understand entirely that that doesn’t mean these individuals are exempt from getting pissed at idiots, at having low days, but for some it really seemed to be that much more than just a bad day. As a streamer / content creator / influencer even, I guess you really have to open yourself to others, you’re putting yourself out there for all the praise, attention and abuse that comes with it. There are highs, there are lows, there are days when very view people come by the stream, so I’m really interested to hear from anyone who does stream / has streamed on their experiences.

Have you found that streaming / broadcasting has been good for your mental health or not?

Are you a casual streamer, or more professional?

Does viewer / follower / subscriber count matter to you?

How do you deal with the highs and lows?

What keeps you broadcasting?

What made you stop?

So finally for this time out, thank you for reading. I’d love to hear your thoughts on anything I’ve said above or in my previous posts. And if you fancy it, drop me a follow, here or on Twitter @Really_more