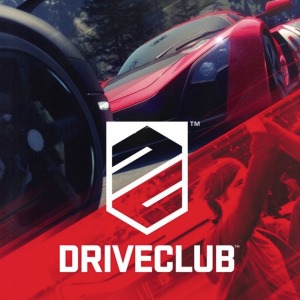 In the absence of a Gran Turismo game on the PS4, driving games are few and far between. Sure, there’s the arcade action of Need For Speed, and the underwhelming dog mess that is The Crew but that’s about all you have to choose from at the moment.

Plagued by issues at release, DriveClub didn’t have a good start. It was due to be released (in stripped down form) as part of the monthly Instant Game collection for PSN + but this didn’t happen, and still hasn’t. Performance issues, connection issues, both almost wrote this off from the start. The AI was severely criticised, even by me. I think I recall Tweeting that it was “..dumb as a brick.” Clubs weren’t available for some time (quite a vital part of the game, might even be in the title), challenges weren’t accessible, online multiplayer was only occasionally playable.

Not the best of starts. Much like my beloved Spurs going 2 goals down in the opening 10 minutes of an FA Cup clash……

But, much like Spurs, a bad start doesn’t always means pain for the duration.

DriveClub is turning it around. Despite all the criticism and noise on social media, things are looking much healthier now. Patched and bulked up with free DLC, what you can play now is distinctly less frustrating than it was for a while after release. Sure some of the things that annoyed still niggle, the AI still needs work, but I understand that’s being addressed in future patches. It has been updated to include dynamic weather which can totally change how you handle 1 lap to the next. Photo mode has been added and seems to have been well received, via #PS4Share on Twitter, many many shared photos can be found, some genuinely impressive. I’m still messing with it a bit, there’s work to do but hey, BALLOONS!!!!! 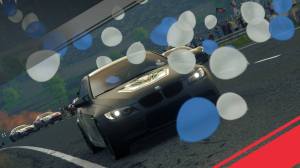 DriveClub is an unforgiving affair. I can imagine this will be the make or break point for more casual players. Clip a corner at speed and you’ll often be thrown well of course and correcting it isn’t easy. A slight nudge from behind going into a corner can do the same, seeing you drop not just one place, but frequently many. Unlike the Forza games on the Xbox consoles, you can’t just rewind a few metres and try again. You either try to recover your position, or restart the race. In a multi-race championship this can prove to be a real test of your patience, especially when such tiny mistakes can wreck your race and indeed, championship.

What I find most satisfying about DriveClub though, is the sense of satisfaction you get when you really hook it up. Partly due to the AI being, put gently, aggressive, a good lap can be ruined by some other car wanting to come straight through you. But avoiding this becomes part of the fun. As in most driving games, opponents will try and stick to the racing line, drafting you before moving out for the overtake. Finding different lines is rewarding (providing you don’t cut corners, this still carries a penalty) and means you can avoid the inevitable racing line bumper cars. Time trial events are also very satisfying. Given how tight the margins are for really getting it right or horrifically wrong, when you eventually get that one bogey corner right after a number of laps, you know you’ve done it.

All in all, DriveClub is becoming a really solid feeling racer, one with depth and with more to come. It sits somewhere between an arcade racer and a simulation. But don’t expect an easy ride. Drift events aren’t arcade easy which I think you almost come to expect them to be now, and as mentioned above, mistakes punish you HARD. But it’s beautiful, and rewarding and now is a very valid consideration for the collections of racing fans.